Mary Lou (Krause) Wilhelm recalled that her parents were not only bartenders, but “Bankers and Psychologists” who often loaned money to folks until payday came around and would lend a sympathetic ear to those lamenting their woes and problems.

Leonard Moore, a true Montana cowboy, took his first pack trip before he learned to walk. He rode in the saddle with his mother or in a pannier on the pack string’s lead horse.

Leonard’s parents, George and Fern Moore, ran an outfitting business for about 60 years, working in Glacier National Park and the South Fork of the Flathead (now the Bob Marshall Wilderness). They based operations out of Lion Creek, Holland Lake and the Gordon Ranch in the Swan Valley.

Leonard spent his youth, and later every hunting season, guiding hunters and fishermen into the backcountry. He rode saddle broncs in quite a few rode-os. Long after his last rodeo in 1941, he said, “I don’t think they’ve got that hole filled where I got bucked off.” 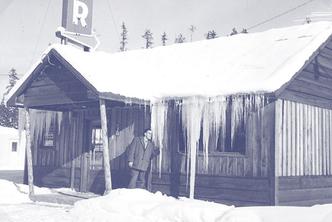 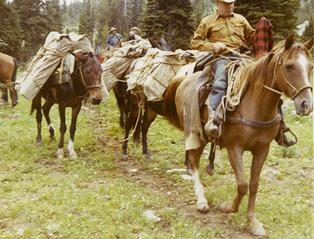 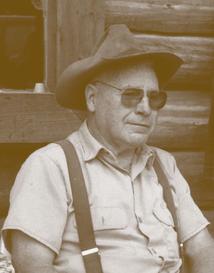 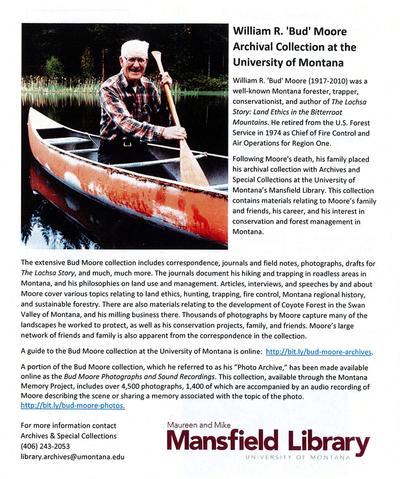 In the 1950s, the Swan River Tavern was moved into the newly constructed building on the east side of what would become Highway 83. The bar was later renamed "Liquid Louie's." 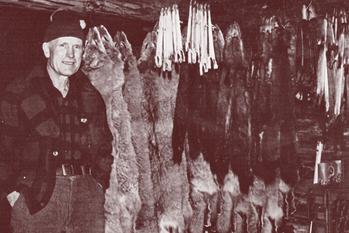 As teenagers, Mary Lou and her sister Shirley often provided entertainment by playing their guitars and singing. 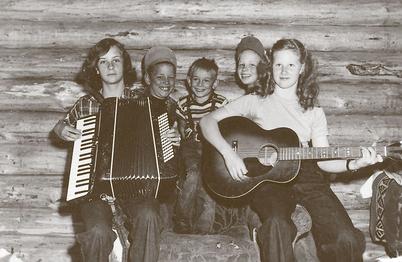 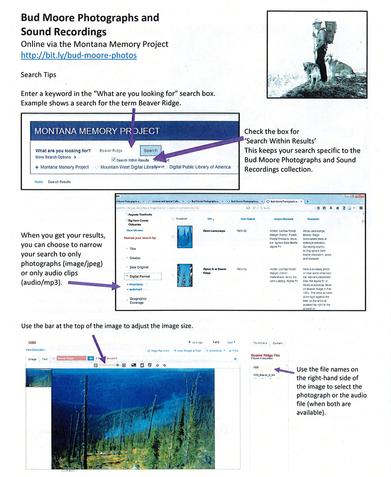 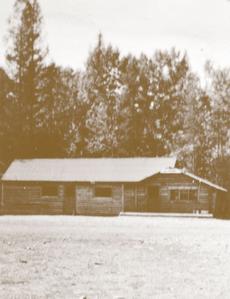 In 2012, the original tavern building was donated by Tony and Laura Quadros and moved to the Swan Valley Museum site. 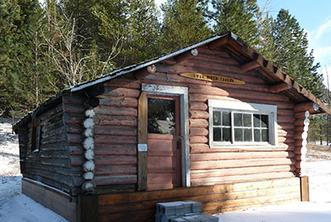 Bud Moore inside the warehouse at Coyote Forest with furs from the winter of 1986-87. The pelts include coyote, ermine, marten and mink.

In 1939, when Leonard was 13, he and family members rounded up 300 head of pack stock in the Bitterroot Valley and delivered them to Ovando and Holland Lake, driving the stock right through downtown Missoula.

Leonard married his teenage sweetheart, Ethel Minster, in 1943. They spent their first summer in the Bob Marshall Wilderness working for a geological survey crew.

Over the years Leonard broke horses and packed for the Forest Service. Each fall he would guide for his parents.

​In 1988 after retirement, Leonard and Ethel moved back into their log home in Condon, where Leonard continued to ride and wrangle horses. Through his cowboy poetry, he shared his stories of outfitting, packing and hunting.

​In 1947, Marion "Mame" (Holmes) and Louie Krause, opened the Swan River Tavern across from the present-day Liquid Louie's bar. They had started ‘The Beer Parlor’ the year before in a shed next to their house. Business was good and they decided to expand by turning their house into the Swan River Tavern. Louie and Mame recognized the need to provide a place for the local residents to socialize and relax. After World War II, the local population expanded. The Wineglass Mill located on the Gordon Ranch and other lumber mills were taking advantage of the country’s building boom. Improved road conditions factored in to the logging and lumber boom as materials could now be transported economically. 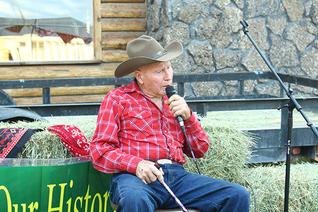 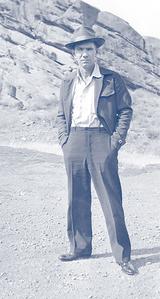 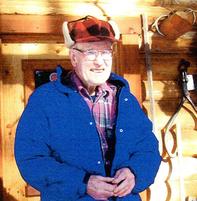 ​The archival collection of William Robert “Bud” Moore is available at the Mansfield Library at the University of Montana. The collection includes personal journals, photographs, research files, interviews, correspondence and other materials created by and about the late forester, conservationist and longtime resident of the Swan Valley.