The Homestead Tour was a self-guided, self-driving tour of 8 of these original homesteads. The tour was followed by a Story Telling and Open Mic reception at the Swan Valley Museum.

A lunch special was also offered by the Hungry Bear Steakhouse.

Barb Hill Raible stands in front of the sauna that was the first structure built by her grandparents when they prepared to "prove up" the Hill Homestead. PHOTO: Betty Vanderwielen, Pathfinder.

Like many privately owned properties throughout Montana, the Thomas Hagerty homestead came into private ownership thanks to the Federal government which first surveyed the land, and later opened it up for homesteading... Continue reading →

The more than 100 people who enjoyed the Upper Swan Valley Historical Society's (USVHS) Homestead Tour Saturday, Aug. 5 had a variety of reasons for participating... Continue reading → 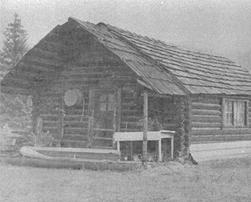 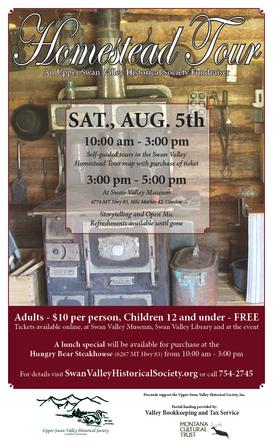 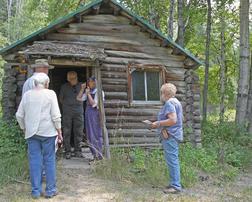